Lebanon's primary advantage is its exceptional terroir, characterized by high temperatures and close to 300 days of sun a year. This type of climate allows the grapes to mature and the flavors to concentrate and gives the wine a rare strength.

What also distinguishes the Lebanese terroir even more is the quality of the soil, packed with limestone. This type of ground is extremely rare and present in less than 3% of soil worldwide.

Another characteristic of limestone is that it forces the roots of the vines to borrow deep into the soil to reach the nutrients they need. On the palate, this gives the wines a freshness that acts as a foil against the strength of the Lebanese wines.

At an altitude of around 1,000 m, the Bekaa Valley enjoys dry summers, cool nights and consistent rainfall. The Bekaa has its own natural water table, courtesy of the melting snow running off the slopes of the Lebanon and Anti-Lebanon mountain ranges – so that some grapes rarely ripen before mid, and even late, September.

Batroun is now home to eight wineries making it Lebanon’s second most productive wine region after the Bekaa. The grapes are grown between 400-1,300 meters in vineyards that are either sea facing or planted further inland. This potential for diversity in terms of style and character will no doubt consolidate Batroun’s future as the boutique hub of Lebanese wine. 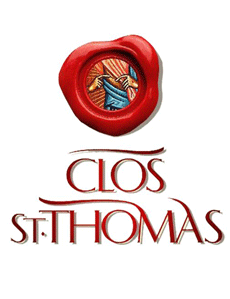